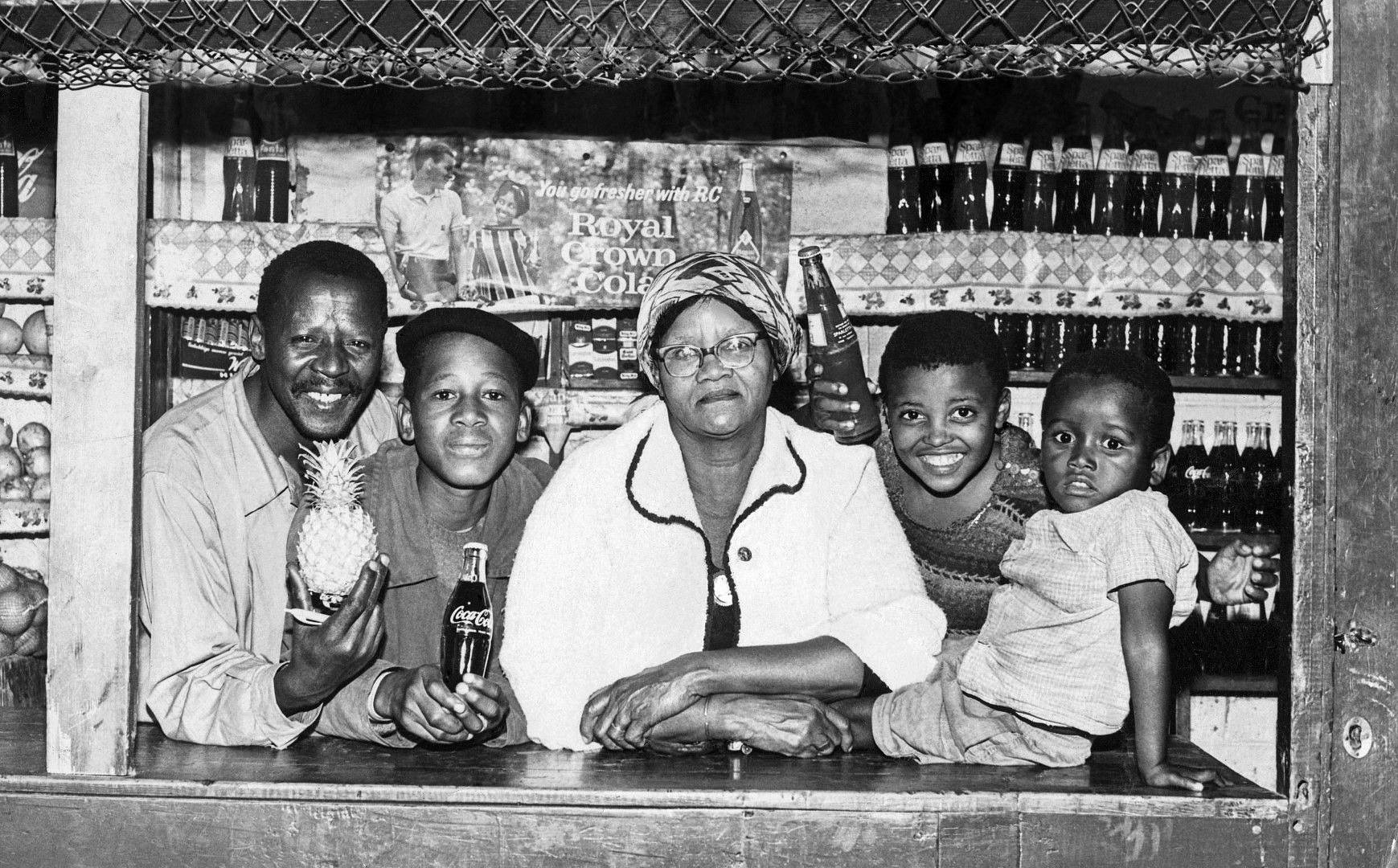 Everard Read / CIRCA is proud to present Snaps an exhibition of photographs by Daniel 'Kgomo' Morolong at Everard Read Cape Town. Opening on Thursday 20th September, it will run until 6th October 2018.

Morolong (1928 – 2012) was a street and portrait photographer who worked in East London, South Africa, in the mid-twentieth century, capturing images of everyday life in the townships: people in shops, on the beach, playing music, travelling, celebrating.

His work was re-discovered during of the land restitution process in the East and West Bank communities in East London (1999-2002) when the Institute of Social and Economic Research (ISER) allowed claimants to help prove their cases through the use of photographs of their former homes.

In all of these images, it is a quality of zest and pleasure, of ease of mind and body, which author and cultural analyst Ashraf Jamal sees as most striking. “That there is absolutely no unsettlement in the images,” he comments, “no qualification of the underside of these worlds – the history of black South African oppression – is a chastening corrective to the image repertoire which has largely framed and defined black experience in the 1950s and 1960s.”

After leaving high school early, because his family couldn’t afford to pay his school fees, Morolong quickly grew to be a very busy man, holding down a day job, while at night playing the double bass in a large jazz band - the African Quavers (later the Havana Swingsters), under the leadership of Eric Nomvete. Amazingly, he still managed to find time for another love – photography, doing his own developing and printing, often only when he got home from gigs.

Initially photography was a hobby, but because of a dearth of photographers, he began to take it more seriously. In his words, “…those were the days when people were really hungry for photos and didn’t have cameras to do the job”. At first Morolong operated as a typical street photographer, taking photographs of people and then displaying them where his subjects could view and buy them. As a freelancer, Morolong supplied the Daily Dispatch (specifically the African Edition weekly supplement) in East London with social pictures, news and sports pictures.

His first studio was in his house, thereafter he moved a few times until the Morolex Ideal Studios found its home in the CNDC (Ciskeian National Development Corporation) Lennox Sebe Building in Mdantsane in about 1968. He shared the space with his wife’s sewing business, both of which thrived until tragedy struck - the building was burnt to the ground by looters following the Gqozo coup in 1990. All of Mr Morolong’s equipment, negatives, and photographs (besides the few he had at home) were lost in the fire.

A few of the images were subsequently shown at the Ann Bryant Art Gallery, East London (September 2000) under the title: ‘Dislocations: Visualizing Hidden Urban Pasts’. ISER showed the work at the Gallery once more from 28 August to 31 October 2003, along with two other exhibitions, as part of an international conference titled ‘The Eastern Cape: Historical Legacies and New Challenges’ which took place in East London.

The Collection lay dormant again until part of it was included in the ‘Underexposed Project’, UCT, in collaboration with Duke University, USA. ‘Underexposed’ is a collection of documentary photography, showcasing different twentieth and twenty-first century photographers' work over many decades, including both the pre and post-apartheid periods. It forms part of the Digital collections at the UCT Libraries and Duke also houses a collection of prints as part of their South Africa Documentary Photographs Collection.

The ordinariness of the scenes we see in Morolong’s images garners a strong empathic response, stemming from what Jamal describes as the photographer’s unique “ability to reconfigure what we conventionally understand to be black experience in an incontrovertible time of oppression”.

A monograph celebrating the life and work of Morolong is available from the gallery, with texts by Ashraf Jamal, Lipuo Morolong & Claire McNulty.