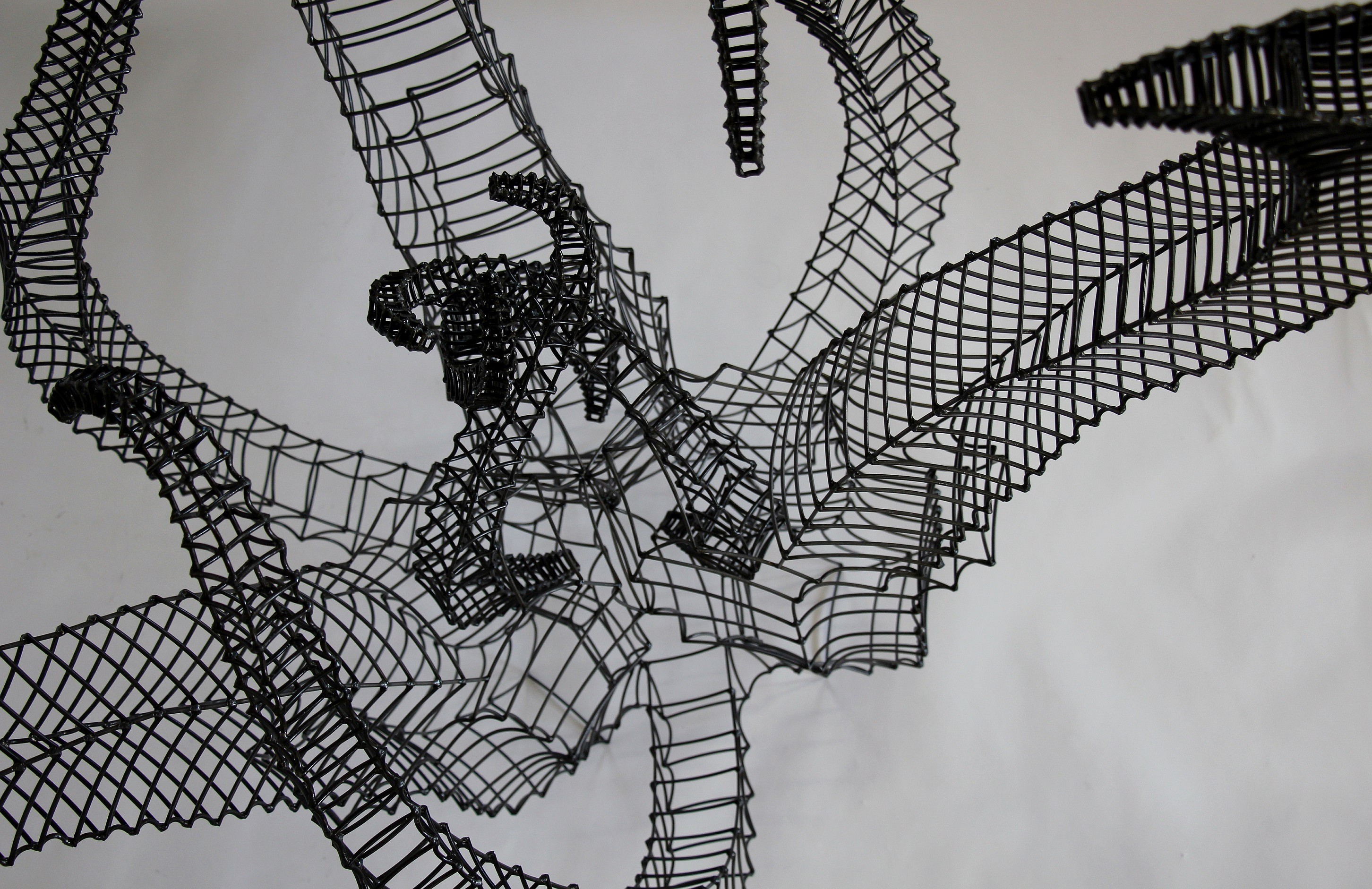 Everard Read / CIRCA Cape Town are proud to present in perpetuum by Beth Diane Armstong. Opening on 7thNovember at 18:30 the exhibition runs until the 28th November 2018.

in perpetuum is a sculptural exhibition centred on contrasting variations of density and looseness. Accompanying her 2017 Standard Bank Young Artist Award for Visual Art, the exhibition highlights Armstrong’s use of sculpture to explore different expressions of these two terms in relation to scale, structure, materiality, space, representation and process.

The title in perpetuum suggests something which is ongoing and everlasting. In the sense that Armstrong applies the term, it refers to negotiating an unremitting pull between the desire to be entirely overwhelmed and subsumed by a sculpture and the drive to resolve and contain the idiosyncratic challenges posed by it. A central ambition which continues to inform Armstrong’s process is the translation of fleeting, abstract experiences into the permanence of a physically demanding material such as steel.

One of the leading contemporary South African sculptors of her generation, in perpetuum captures Beth Diane Armstrong’s mastery of the medium. The exhibition accentuates her meticulous processes, her attention to detail and her astounding ability to effortlessly switch between intricate smaller works and imposing large-scale masses of steel. This body of work encompasses themes and motifs drawn from her entire career as a sculptor and marks a full-circle return to where it began, having received her Masters in Fine Art from Rhodes University in 2010.

Armstrong grapples with the ways in which bodies experience space and translate this experience into structures, both perceptual and physical. Beginning as thought experiments, the works evolve according to a set of parameters which the artist prescribes. Armstrong develops these parameters on the level of underlying structures (calculations, measurements) and through the higher level realisations of the works as sculptural structures, maintaining a synchronous relationship to both aspects.

The works continuously shift between two binaries. Recognisable forms such as trees and rhizomes served as metaphors for rootedness and adaption/reaction and are juxtaposed with elusive abstract arrangements of steel beams. Ideas of orientation and stability are contrasted with impressions of chaos and perplexity. Large-scale steel sculptures sit alongside delicate, meticulously constructed wire assemblages. Video footage - capturing the interplay between light and lens - continuously pulls in and out of focus. The expansive aesthetic idea of the sublime is contrasted with the contained resolution of the beautiful.

Visually, the works take their cue from the relational play with scale and sheer surfaces of Richard Serra, the examination of structures in Sol LeWitt’s work and the meticulous attention to process of Ruth Asawa. Thematically, Armstrong synthesises a number of influences for whom cycles of flux have been an overarching concern. These include the paradoxical etchings of M.C. Escher, the rhizomatic philosophy of Deleuze and Guattari, and Douglas Hofstadter’s opus Gödel, Escher, Bach: An Eternal Golden Braid.

Taken as a whole, in perpetuum presents Beth Diane Armstrong’s work as a continuously self-generating system driven by the interplay between density and looseness.